In this research, to understand the present-day tectonic situation of Gorgan-Plain in the east of the South Caspian basin, the tectonic stress regime of this area and its adjacent areas was estimated using the inversion of the data of the earthquake focal mechanisms. For this aim, in addition to analyzing focal mechanisms solved by different sources, the focal mechanisms were solved for several earthquakes with appropriate and sufficient information. The results indicate the presence of various mechanisms, including thrust, normal, and strike-slip, and as a result, various orientations of kinematic P and T axes, which can indicate the complexity of the region. By analyzing the earthquakes with a minimum magnitude of 4 in the Gorgan-plain, the Kopeh-Dagh in the east of the plain, and the entire eastern region of the South Caspian, a compression regime with a NNW-SSE trend was obtained. But by analyzing all of the earthquakes (smaller and larger earthquakes) in the Gorgan-Plain, a strike-slip regime was obtained, in which the trend of the P and T axes were calculated NE-SW and NW-SE, respectively. The results indicate that there is a local strike-slip regime in addition to the regional compressional regime in the region. 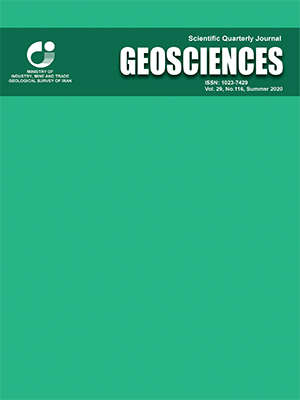