Paleozoology of Yafteh and Kani Mikaiel caves in center and northwest of Zagros Mountains led to the identification of small mammals' assemblage. Taxonomic determination revealed inclusion of four orders of small mammals including:  order Rodentia with families of Muridea, Cricetidae, Calomyscidae, Dipodidae; order Lagomorpha with two families of Ochotonidae and Leporidae; order Soricomorpha with family Talpidae, and order Carnivores with family Mustelidae. These remains were recovered after systematic excavation in these caves. Radiocarbon analysis of these remains showed the oldest sample belonged to Yafteh cave with 35,000 BP. and Pleistocene period, whereas, Kani Mikaiel cave covered the periods from lat Pleistocene (19,000 BP.) to Holocene (17, 00 BP.). Geochronology analysis of Kani Mikaiel sediments showed that the lower layers of this cave belonged to the last glacial age in Pleistocene which gradually has been replaced by the warm weather in Holocene period. With continuing of this weathering varying, faunal spectrum of Pleistocene and Holocene periods has been migrated in cold and warm phases or more spread. The aim of this research, are the study of small mammal remains of Yafteh and Kani Mikaiel caves in center and northwest of Zagros mountains and the research about the study of paleobiodiversity, paleoenvironment conditions and the evolution of microvertebrate on the Iranian plateau. 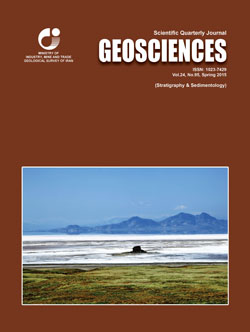