Investigation of methods the assessment of critical and strategic minerals and elements, with a special focus on geoeconomics of fluorspar in Iran

Before the Cold War, strategic materials supply and studies related to them were more affected by military ‎‎competition between East and West, the example was the assessment of the geopolitical risk factors by ‎Anderson for the North Atlantic ‎Treaty Organization. But after the Cold War and the collapse of the Berlin Wall in 1989 and the development of Chinese economy, more and more Western countries were concerned of the vulnerability against the suppliers of minerals. The main reason for it is geopolitical developments and turning of militarism and Geostrategy to ‎Geoeconomics and priority the economy. The methods of assessment the post-Cold War based on confrontation ‎between the north and south and provide more economic security or economic power and provide needed ‎goods and protection of the environment.‎ New methods started with research of the National Council of United States of America by novation the criticality matrix with two-dimensional in economic importance and supply risk, and Graedel studies was actually follow its principles. According to investigations of Geological Survey and Department of Defense in the United States and the European Union and German industry represent fluorspar is strategic mineral in the world. Economic value of fluorspar is used in the production of steel, aluminum, hydrofluorocarbon, ‎Teflon, new and clean energy. In this research with investigations of fluorspar producer countries in the last fifteen years, however, Iran has achieved tenth grade with one percent, but still one of the main importers of intermediate goods made of this mineral is between neighboring countries. Therefore, the first step is essential the investment for systematic and in-depth exploration in the country and especially in the central Alborz, with the goal of increasing fluorspar reserves and supply raw materials for the aluminum industry of the country. The industrial that south competitors of Iran, due to the low cost of energy in the region, have been activated by investing in it seriously. 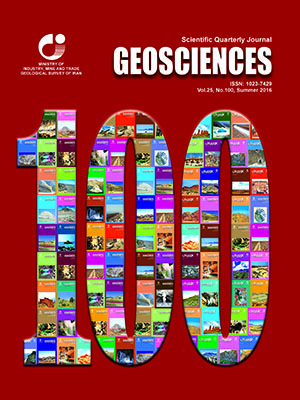