Iran is in the middle part of the seismic belt of Alps-Himalayas with dissimilar geological, structural and seismological features. In the present article, zonation maps of the earthquake occurrence rate (Rate) and the largest observed earthquakes (Mmax) have been prepared for all the regions of Iran. The parameter (Rate) shows the number of occurred earthquakes in the year in the region of Iran. Subsequently, according to the zonations, classification of different regions with different seismic activities will be achievable. The zonation map of earthquake occurrence frequency (Rate) in the present article shows that trend of the main classified zonations, according to the calculations, is similar with the geological and structural features of the region. It seems that zonation of Zagros and certain parts of the east of Alborz and Kopedagh with the maximum rate of earthquakes are drastically different with the zonation of central parts of Iran, Makran and eastern part of Iran with low seismic activities. In addition to zonation maps of the earthquake occurrence rate, zonation of the largest observed earthquakes (Mmax) has been provided in this region as well. According to the map, different regions of the Central part of Iran and Alborz with large seismic activities are different with other regions of Iran. Having compared the two zonation maps in this article, it is possible to classify the seismic activities of different regions. The seismic data and the basis of the article are according to the National and International Seismology catalogue for a period of 1900 to 2008. 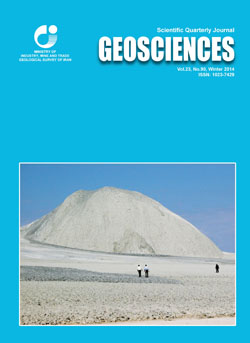